Home » Book Reviews » The Doomed Kingdom of the House of Saud 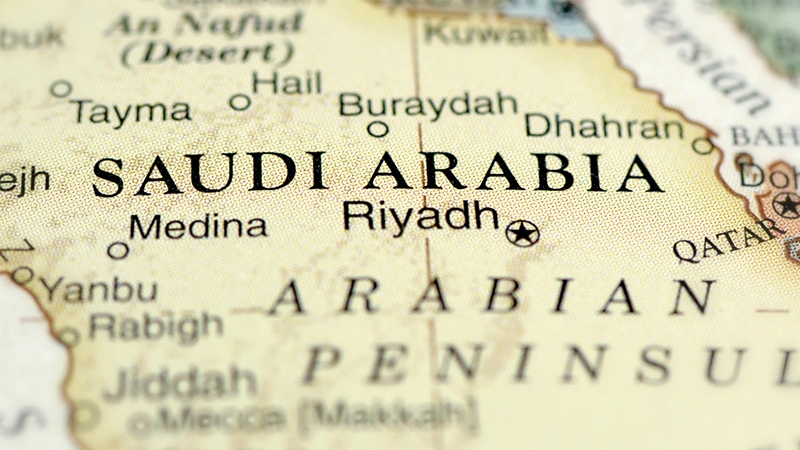 This book entitled The Doomed Kingdom of the House of Saud is a welcome contribution to the empty shelves — or virtually empty shelves — in libraries and bookstores about the 21st-century throwback tribal state called “Saudi Arabia.” Don’t misread me; there are some books about Saudi-controlled Arabia in libraries and bookstores, but they don’t have the intellectual courage to undisguise the clannish ruling class in Arabia. The average consumer of mainstream information, who has little behind-the-scenes knowledge, is unaware of the fact that such books are for the most part circulated by publishers that know the chosen class of rulers in Arabia are functionaries of the American imperium and camouflaged clients of the Zionist interest.

The world is long overdue for a serious and honest deconstruction of the colonialist love child and imperialist darling otherwise known as Saudi Arabia. The book in your hand breaks new ground in trying to corral pertinent but hitherto tightly held information about the best kept secret in the Muslim East— Saudi Arabia. This book is being published while the newsrooms, airwaves, and social media are abuzz with the ISIS carnage and destruction spreading from the Boko Haram gangs in Africa all the way to the sectarian cutthroats in Asia. And the deep state actors who put together a comical show of force in Syria and Iraq, bombing individuals and vehicles (much like swatting a fly with a bat), stand idly by as their illegitimate Saudi tot keeps on “educating” Muslims that the whole world is kafir; and that the most dangerous kafir is a “Muslim kafir.”

We all saw the “takfiri” beheaders and liver-eaters do what no monster would dare do with the lives of innocent people — most of whom are Muslims. And the more these graduates from Saudi schools, madrasahs, and study circles indulge in their brutality with their butchery and immolation of Muslims and non-Muslims, the more excuse these Wahhabi graduates offer everyone in the world to dehumanize Muslims and defame Islam. Were the USA, France, Britain, NATO, etc. serious about taking on these takfiris they would go directly to the rulers in Arabia and tell them the next time another innocent person is slaughtered by your ex-students we will take you out in Riyadh, Jeddah, and wherever you may be. But of course, no such thing has been said and no such thing will be said; simply because the Saudi rulers are slaves of their lords in London, Washington, and Tel Aviv.

Fifteen of the nineteen purported perpetrators of the 9/11 devastation were from Arabia. But instead of a “coalition of the willing” invading and occupying “Saudi Arabia,” they invaded and occupied Afghanistan and Iraq! What do these hegemonic powers have planned now? Definitely whatever they have planned guarantees the security of the political love child — Saudi Arabia. I hope this book will help set into motion the goodwill and the honest-to-goodness search for the truth about the Saudi evildoers.

Why aren’t there journalists, investigative journalists, camera crews, paparazzi, etc. pursuing and hounding these Saudi animals who are cloaked in a religious garb? Follow them as they go to the casinos, trail them as they make their way to the bars, monitor them as they spend people’s money on their profligate flings in the shopping centers throughout the world, keep an eye on them when they meet clandestinely with their military and intelligence counterparts, and don’t forget to have them under surveillance when they go into cabarets and nightspots. Even when they rent or retain mistresses they should be hounded for the hypocrites and philanderers they really are. Or has the fourth estate succumbed to the American dollar, the Saudi riyal, and the Israeli shekel?

And we would not have had the current Wahhabi originated wars against the Muslims in Syria and Iraq who were moving in a direction that would have liberated Palestine according to the Book of Allah (SWT).

I know it is not easy for the average Muslim to open his/her eyes and see the evil incarnate otherwise known as Saudi Arabia. The rulers in Arabia are neither “khulafa’” nor “imams.” So, why does any Muslim have even the slightest difficulty diagnosing the political blasphemy that goes by the name “Saudi Arabia”?

The world is shrinking in more ways than one. We should take note that the foundations of Saudi Arabia were laid over two centuries ago when the British Empire was interfering in the internal affairs of Muslims. The Brits and all their religious counterparts and cousins in parts of Europe were involved in their Puritan era.

Could it be that this “puritanism” of the British Empire found in Muhammad ibn ‘Abd al-Wahhab their man? John Calvin, the European “reformer,” is — as some “educated” Saudi types would concede and I personally came across this at a time when they had their guard down — almost a “muwahhid,” that is, a person of “tawhid.”1 Or almost a Muslim! The emperor — well, the Saudi king — has no clothes!

The Muslims — and many of them do not know this — are under a Saudi spell. It has nothing to do with brainpower but has everything to do with purchasing power. Islam, according to these nitwit Saudi royals, is a religion that considers imperialists and Zionists to be People of the Book (Ahl al-Kitab) while “mu’mins” and “Muslims” are kafirs. The Saudi-Wahhabi indoctrination has gone so far that the typical Muslim is apt to consider the “other” Muslim outside the pale of Islam while the wholesale killers of innocent people and innocent Muslims are “true Christians and true Jews.”

The theological differences between Muslims, Christians, and Jews pale when compared to the ideological differences between Muslims on the one side, and Zionists and imperialists on the other. You wouldn’t know this if you were brainwashed by Saudi-Wahhabi idiotology. Is it any wonder that imperialist and Zionist military bases proliferate in Arabia while there are no churches or synagogues? We never heard of one incident in which the Prophet (r) forbade churches and other houses of worship from Arabia.

My brother and colleague Zafar Bangash beat me to the finish line by writing these informative pages about the Saudi ruling family. I hope in the near future I will have the time to break further ground in shedding the light of truth on the unlawful rulers whose occupation of Makkah and Madinah is on par with the Zionist occupation of al-Quds (Jerusalem). One occupation sings to the other…

1 John Calvin (1509–1564) – also known as Cauvin or Chauvin; French-born (in Noyon, Picardie) Swiss Protestant church reformer and theologian. He was a leader of the Reformation in Geneva and set up a strict religious community there. His theological system is known as Calvinism, and his church government as Presbyterianism. Calvin wrote (in Latin) Institutes of the Christian Religion (1536) and commentaries on the New Testament and much of the Old Testament. After studying theology and then law, Calvin became prominent in Paris as an evangelical preacher (1533). In 1534, he was obliged to leave Paris and retired to Basel, where he studied Hebrew. In 1536, he accepted an invitation to go to Geneva, Switzerland, and assist in the Reformation, but was expelled in 1538 because of public resentment against the numerous and drastic changes he introduced. He returned to Geneva in 1541 and, in the face of strong opposition, established a rigorous theocracy (government by priests). In 1553, he had the Spanish theologian Servetus burned for heresy. He supported the Huguenots in their struggle in France and the English Protestants persecuted by Queen Mary I.

The Sirah from a hitherto neglected dimension: the letters and treaties of the Prophet

Punta Arenas: Did you know of the Chilean town where a Sindhi man set up a business outpost in 1905?