Home » Books » Why Scams are Here to Stay 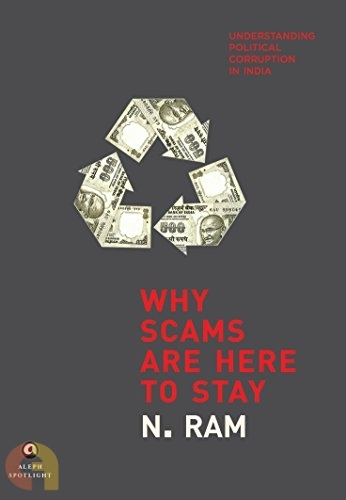 Why Scams are Here to Stay

Corruption in India today is pervasive, omnipresent, and diverse, covering every branch of theIndian state and key sectors of the economy. Far from declining and fading away, as predicted,with deregulation and liberalization, it has increased exponentially in the twenty-first century at all levels—central, state, and local. It can be seen today as a normal, not a pathological, conditionwithin the political economy.

In several states, corruption involving politicians, bureaucrats,businessmen, and in some cases, criminal elements has graduated to a new qualitative stage,transforming itself into a well-oiled, rule- and rate-bound and self-propelled system of collecting and sharing the illicit spoils of office. In this seminal book, N. Ram, who led the investigation into the Bofors grand corruption scandal, attempts to get a measure of ‘political corruption’ in contemporary India, and explains why it has become an intractable problem.