Home » Books » Waiting For The Mahatma 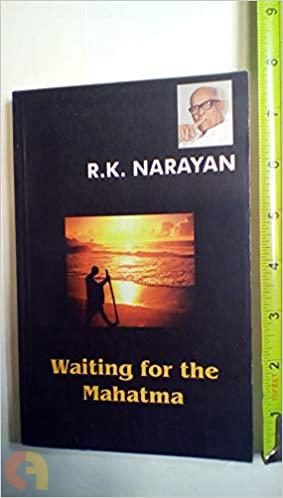 Waiting For The Mahatma

Sriram is twenty. As a mark of his coming of age his grandmother allows his the pass-book to his savigns in the local bank, but Sriram is growing up in other ways, too, and an enchanting and unpredictable girl leads him into the entourage of Mahatma Gandhi.

These are the opening events in R K Narayan's novel. It is the finest thing he has yet achieved, and his story of the triumphs and tragedies of a raw young zealot in the service of Gandhi is distinguished for its warmth, its humour, its lack of sentimentality and the stamp of absolute truth.

Sriram's evolution into manhood is, for him, strange and bewildering process. Bharati, the girl he worship, is witty, infuriating, capable and, wonder of wonders, condescending to the moonstruck Sriram. Her first loyalty though, is to the Mahatma, a saint blessed with disconcerting common sense, a man whose tragedy is tat he is so much greater than his followers. Most of them accept his ideas enthusiastically, and without realizing it, pervert them to suit their coarser personalities. Sriram is inspired by Gandhi, but he is too easily influenced by glamorous patriots of the type of Jagadish, a terrorist.

It is a tale of remarkable insight into the upsrge of Indian nationalism as witnessed through the eyes and hearts of Sriram and Bharati, and told with the all genius and compassion we have come to expect from R K Narayan.