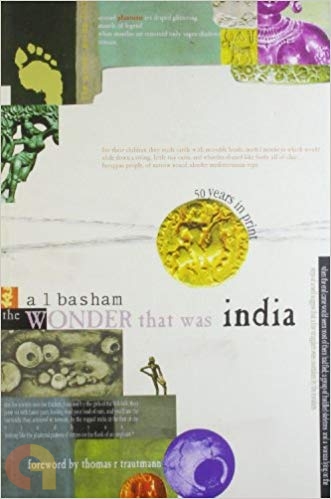 The Wonder That Was India: 1

People all around the world are fascinated by Indian history, culture and the way people are still connected with their roots. This book covers comprehensive Indian history that includes culture, religion, governance, social evolution, tradition, languages, philosophy and science. It reveals the glorious pas of India from the time of Harappa civilization and settlement to Aryan invasion theory.

Starting from Indus Valley civilization along with detailed information about Harappa and Mohenjo-Daro, the book explores early time periods that throw light on India’s rich cultural heritage. It traces various time periods and eras of Indian history with extensive source of text, which is narrative, simple to understand and keeps the reader engaged.

Following massive research and findings, the author has even explained about Aryan invasion theory in the book. Furthermore, the book even talks about evolution of Hindu religion that has been followed from the Harappa times and even at the time when Aryans invaded India.

For those who are looking forward to learn some interesting facts about Indian history and culture, the book contains almost everything: from traces of ancient invasions to modern-day evolution for the readers to enjoy and gain knowledge about.

A well-known historian, educationist, indologist and author, Arthur Llewellyn Basham is credited with having produced numerous books over the many decades he spent at teaching, studying and research.