Home » Books » The shape of the beast 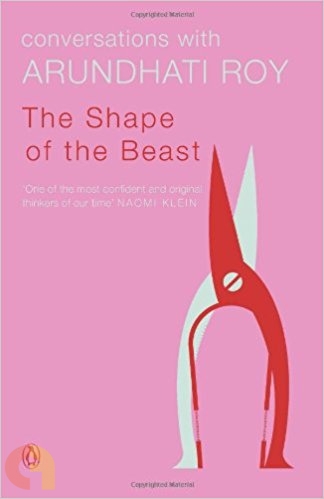 The shape of the beast

Your order will be processed only after the LOCKDOWN when the publishers and courier partners resume their services.

The Shape of the Beast is our world laid bare, with great courage, passion and eloquence, by a mind that has engaged unhesitatingly with its changing realities, often anticipating the way things have moved in the last decade.

In the fourteen interviews collected here, conducted between January 2001 and March 2008, Arundhati Roy examines the nature of state and corporate power as it has emerged during this period, and the shape that resistance movements are taking. As she speaks, among other things, about people displaced by dams and industry, the genocide in Gujarat, Maoist rebels, the war in Kashmir and the global War on Terror, she raises fundamental questions about democracy, justice and non-violent protest. Unabashedly political, this is also a deeply personal collection.

Through the conversations, Arundhati talks about the necessity of taking a stand, as also the dilemma of guarding the private space necessary for writing in a world that demands urgent, unequivocal intervention. And in the final interview, she discusses with uncommon candour her ambiguous feelings about success and both the pressures and the freedom that come with it.