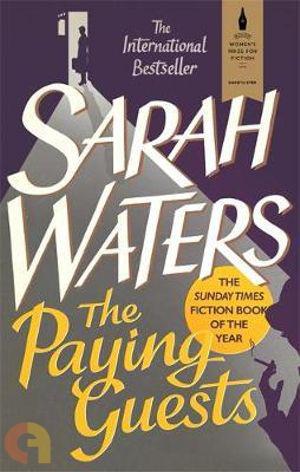 The extraordinary bestselling author, who wrote three astonishing Victorian novels before moving to the 1940s with The Night Watch and The Little Stranger, now turns to the 1920s.

'There came the splash of water and the rub of heels as Mrs Barber stepped into the tub. After that there was a silence, broken only by the occasional echoey plink of drips from the tap...

'Frances had been picturing her lodgers in purely mercenary terms - as something like two great waddling shillings. But this, she thought, was what it really meant to have paying guests: this odd, unintimate proximity, this rather peeled-back moment, where the only thing between herself and a naked Mrs Barber was a few feet of kitchen and a thin scullery door. An image sprang into her head: that round flesh, crimsoning in the heat.'

It is 1922, and London is tense. Ex-servicemen are disillusioned, the out-of-work and the hungry are demanding change. And in South London, in a genteel Camberwell villa, a large silent house now bereft of brothers, husband and even servants, life is about to be transformed, as impoverished widow Mrs Wray and her spinster daughter, Frances, are obliged to take in lodgers.

For with the arrival of Lilian and Leonard Barber, a modern young couple of the 'clerk class', the routines of the house will be shaken up in unexpected ways. And as passions mount and frustration gathers, no one can foresee just how far-reaching, and how devastating, the disturbances will be.

This is vintage Sarah Waters: beautifully described with excruciating tension, real tenderness, believable characters, and surprises. It is above all a wonderful, compelling story.