Home » Books » The Man-eater of Malgudi 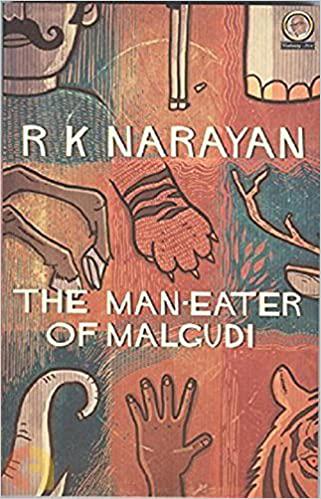 The Man-eater of Malgudi

The Man Eater Of Malgudi by R. K. Narayan tells the tale of how the lives of residents in the picturesque town of Malgudi are disrupted by the actions of their newest resident, and the consequences that follow.

Summary Of The Book

Nataraj is the protagonist of The Man Eater Of Malgudi. Nataraj and his friends reside in the serene and beautiful town of Malgudi, located near the Mempi Hills. As the owner of a printing shop, Nataraj leads a content and peaceful life. It is when the brutish Vasu appears that the peace in Malgudi shatters like pieces of glass.

Vasu is a taxidermist by trade. He is forceful and demanding by nature, which is quite the opposite of Nataraj’s calm demeanor. Vasu is often compared to Rakshasa by Nataraj and his friends. When Vasu decides to take up a permanent residence above Nataraj’s press shop, the real problems begin to occur. Vasu’s activities begin to encroach on Nataraj’s life. At first, it begins with him bullying away all of Nataraj’s customers. Then Vasu proceeds to shooting a pet dog and other birds and animals within the vicinity. When a group of dancing women cross Nataraj’s stairs and head to Vasu’s quarters, he decides to take the matter up with the rent control authorities.

The denouement of the story occurs when Nataraj is attending his friend’s poetry book release. At this point, he learns that Vasu has plans to kill an elephant that belonged to the local temple and make it a part of his taxidermy collection. Nataraj tries desperately to stop him. When Nataraj heads over to talk to Vasu, an unexpected surprise awaits him!

The Man Eater Of Malgudi was first published in 1961.