Home » Books » The Demon Seed: and other writings 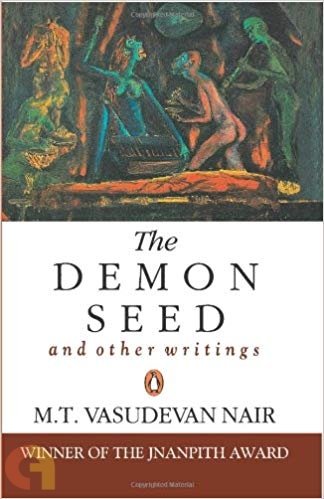 The Demon Seed: and other writings

The most versatile writer in Malayalam today, M.T. Vasudevan Nair has published short stories, novels, screenplays, as well as articles on the state of literature and cinema in India. At the heart of this collection is The Demon Seed, a fresh translation of Asuravithu, arguably one of his best novels. Published in Malayalam in 1962, it is an uncompromising look at the crumbling matrilineal order, and the breakdown of the joint family system.

The novel tells the story of Govindankutty, a young unemployed Nair boy. When his wealthy brother-in-law takes him on as the manager of his property, and a marriage is arranged for him, Govindankutty dares to dream for the first time in his life. He brings his bride home, eager to start life afresh, but discovers to his horror that she is already pregnant by another man his urbane lawyer-cousin Krishnettan. Shattered by the knowledge that his family had connived to betray him, Govindankutty goes berserk.

Finally, estranged from home and village, he converts to Islam in the ultimate gesture of defiance. Tautly written and brilliantly characterized, The Demon Seed is a powerful novel about a society in transition. The collection also brings together six of MT s best stories, including Vanaprastham , The Jackal s Wedding and Sherlock . Also included are The Era of Ramanan , an essay on the impact of the first modern verse romance in Malayalam, and a beautifully crafted piece on contemporary cinema. Taken together, these writings are testimony to the remarkable range and depth of M.T. Vasudevan Nair s work. Translated by V. Abdulla and Gita Krishnankutty