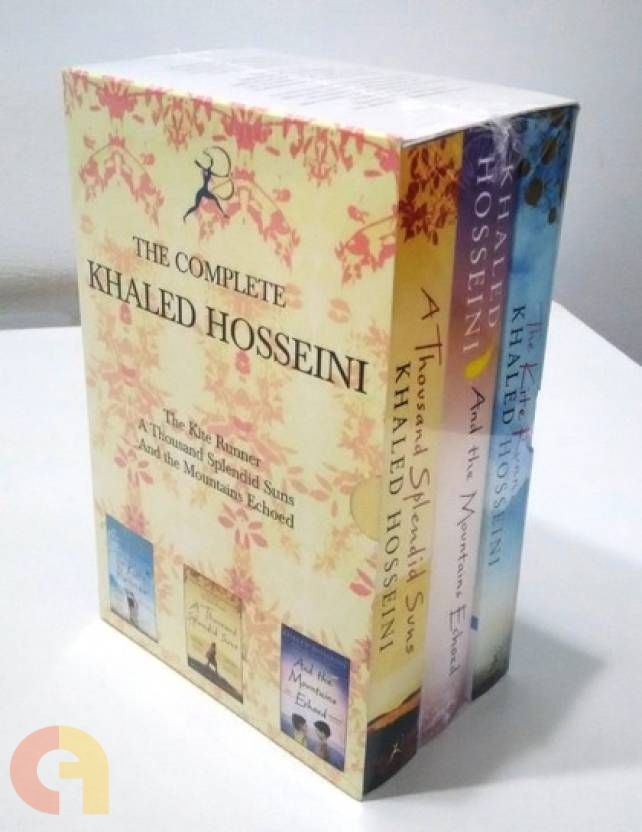 Books in this Collection:

*) And The Mountains Echoed

Book 1: The Kite Runner In Hosseini's unforgettable debut novel, The Kite Runner, twelve-year-old Amir is desperate to win the local kite-fighting tournament and his loyal friend Hassan promises to help him. But neither of the boys can foresee what will happen to Hassan that afternoon, an event that is to shatter their lives. After the Russians invade and the family is forced to flee to America, Amir realises that one day he must return to an Afghanistan under Taliban rule to find the one thing that his new world cannot grant him: redemption.

Book 2: A Thousand Splendid Suns In his second novel, A Thousand Splendid Suns, Hosseini begins his story with Mariam, who is only fifteen when she is sent to Kabul to marry Rasheed. Nearly two decades later, a friendship grows between Mariam and a local teenager, Laila, as strong as the ties between mother and daughter. When the Taliban take over, life becomes a desperate struggle against starvation, brutality and fear. Yet love can move a person to act in unexpected ways, and lead them to overcome the most daunting obstacles with a startling heroism.

Book 3: And The Mountains Echoed His third novel, And The Mountains Echoed is a deeply moving epic of heartache, hope and, above all, the unbreakable bonds of love. Ten-year-old Abdullah would do anything for his younger sister. In a life of poverty and struggle, with no mother to care for them, Pari is the only person who brings Abdullah happiness. For her, he will trade his only pair of shoes to give her a feather for her treasured collection. When their father sets off with Pari across the desert to Kabul in search of work, Abdullah is determined not to be separated from her. Neither brother nor sister know what this fateful journey will bring them