Home » Books » The Boys In The Boat 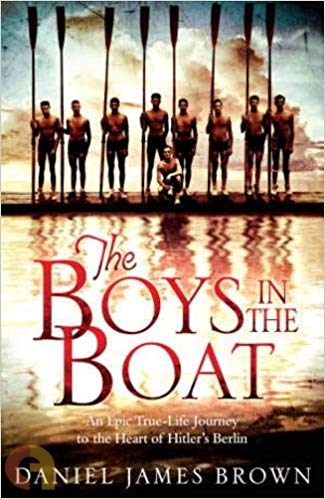 The Boys In The Boat


Your order will be processed only after the TAMILNADU LOCKDOWN when the publishers resume their services.

The Boys in the Boat is the story of Joe Rantz, a charismatic young man born dirt poor in the woods of Washington State, who dreams of escaping the challenges of the Great Depression, and a complicated family life full of painful memories. What follows is an extraordinary journey, as Joe and eight other young men exchange the sweat and graft and dust of ordinary life for the purer rigours of sport at its very highest level -- a journey at the end of which lies a gold medal rowing race at the Berlin Olympics of 1936, in front of Hitler himself. Told against the grand backdrop of 1930s America, The Boys in the Boat is a story full of lyricism and unexpected beauty; a story that rises above sport, and even the grand sweep of history itself, in favour of something more personal.

For as becomes clear in an interview with Joe shortly before his death, during the writing of this book, what shines most brightly in the old man's mind is not memories of medals, or the boat in particular, or even the boys that he called his friends. It is the thought of something more transcendent; 'a singular thing that had happened in a fleeting, golden sliver of time long gone, when nine good-hearted young men strove together, pulled together as one, gave everything they had for one another, bound together forever by unspoken bonds of pride and respect and love. Joe was crying, at least in part, for the loss of that vanished time, but much more, I think, for the sheer beauty of it.'