Home » Books » The Armchair Revolutionary and Other Sketches 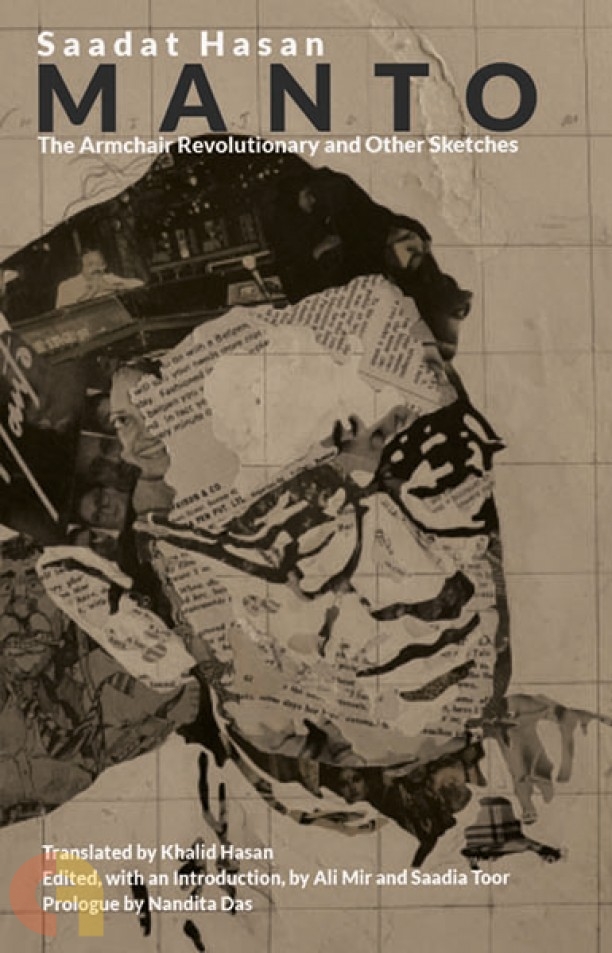 The Armchair Revolutionary and Other Sketches

The sketches offer a vivid and intimate portrait of people, including film stars, and bring alive social history as only Manto can write it.

With a special Prologue by actor and filmmaker Nandita Das. Cover artwork by Ayaz Jokhio.

"I heap a thousand curses on a world, on a civilised country, and on a civilised society, which legislates that after death every person's character and personality must be sent to the laundry from where it returns having been cleaned in order to be hung on the hook of respectability."

Manto wrote these words in the preface to Ganje Farishte, a collection of his sketches. They give us a sense of what to expect from him: the 'unvarnished' truth as seen through his unforgiving gaze, and as captured by his sharp pen. Vivid and intimate portraits of well-known figures including celebrities such as Ashok Kumar, Nargis and Nur Jehan, they also document the social, political, and cultural milieu of that era.

Manto was a central and controversial figure on the subcontinent's literary scene from the 1940s until his untimely death in 1955. In their introductory essay to this collection, the editors offer evidence that Manto was a deeply political writer, one committed to radical humanism. Despite his often fraught relationship with the Progressive Writers' Association, he rightfully belongs within the fold of the progressives.

Saadat Hasan Manto (1912-1955) was among the greatest short story writers of the Indian subcontinent. He also wrote plays, and worked in the Bombay film industry as a writer before migrating to Pakistan after the Partition.