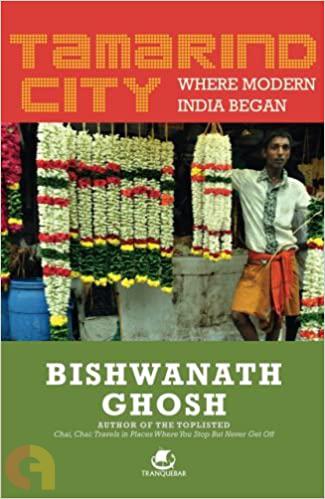 'While in other big cities tradition stays mothballed in trunks, taken out only during festivals and weddings, tradition here is worn round the year.' This is just one of the author's many keen observations of Chennai. With mordant wit, this biography of a city spares neither half of its splitpersonality: from moody, magical Madras to burstingattheseams, techsavvy Chennai. And, a minute into the book, the reader knows they are inseparable-and Bishwanath Ghosh refuses to take sides. And yet, he tells us, while Chennai is usually known as conservative and orthodox, almost every modern institution in India-from the army to the judiciary, from medicine to engineering-traces its roots to Madras's Fort St George, which was built when Delhi had only just become the capital of the Mughal Empire, and Calcutta and Bombay weren't even born. Today, the city once again figures prominently on the global map as 'India's Detroit', a manufacturing giant, and a hub of medical tourism. There have been sweeping changes since preIndependent India, but even as Chennai embraces change, its people hold its ageold customs and traditions close to their heart. 'This is what makes Chennai unique,' says Ghosh, 'the marriage of tradition and technology'. Bishwanath Ghosh wears a reporter's cap and explores the city he has made his home, delving into its past, roaming its historic sites and neighbourhoods, and meeting a wide variety of people-from a top vocalist to a top sexologist, from a yoga teacher to a hip transsexual, from a yesteryear film star to his own eightyfiveyearold neighbour, from the ghosts of Clive, Wellesley, Hastings and Yale to those of Periyar and Mgr, two people who redefined the political skyline of Tamil Nadu. What emerges is an evocative portrait of this unique city, drawn without reservation-sometimes with humour, sometimes with irony-but always with love.