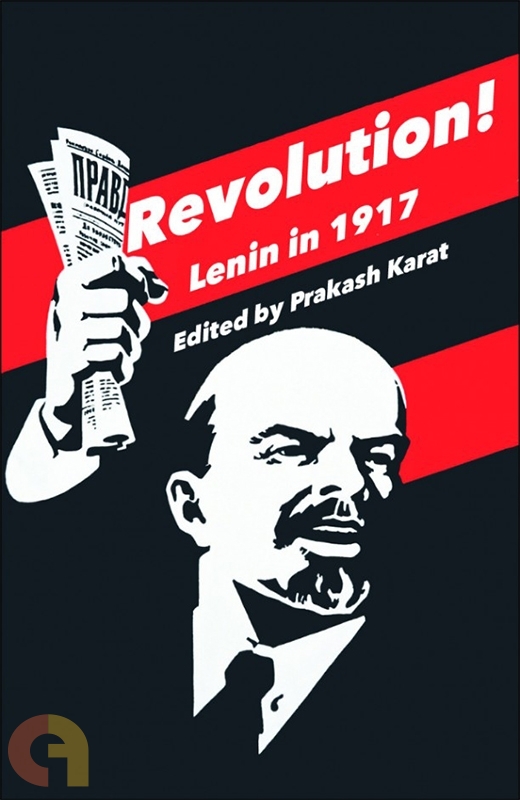 V.I. Lenin’s (1870-1924) role in 1917 captures a unique revolutionary moment. Lenin’s entire corpus of writings in the eight months between the two revolutions offers a concrete lesson on the theory and practice of revolution. Some of the articles and speeches are written with a cool analytical mind, and some are written in feverish haste. Together they provide a unique view of how the revolution unfolded.

Lenin was able to analyse the nature of inter-imperialist contradictions, coolly assess the correlation of class forces in Russia, see how the peasant masses were moving towards the revolutionary movement and set the “line of march” for the proletariat which had to lead the revolution. This was possible because even in exile Lenin kept in close contact with his party workers and the mass leaders. Their views and their tempo informed his writings at each turn.

These writings of Lenin represent the culmination of theoretical and practical work which marks out Lenin as a revolutionary strategist, audacious planner of the socialist revolution and one who could set out the contours of a new State and society after the revolution.

Prakash Karat’s Introduction is a brilliant and lucid commentary on Lenin’s theoretical and strategic breakthroughs.

V.I. Lenin (1870-1924) was the preeminent leader of the Russian Revolution, and a Marxist theoretician. His important books include, among many others, What is to be Done, Imperialism, the Highest Stage of Capitalism and The State and Revolution.

Prakash Karat is a member of the Polit Bureau of the Communist Party of India (Marxist). He served as General Secretary of the party from 2005 to 2015. He is the author of Language and Nationality Politics in India (1972) and Subordinate Ally: The Nuclear Deal and India-US Strategic Relations (LeftWord 2008), and editor of A World to Win—Essays on the Communist Manifesto (LeftWord 1999) and Across Time and Continents: A Tribute to Victor Kiernan (LeftWord 2003). He is Managing Director of Naya Rasta Publishers Private Limited, of which LeftWord Books is an imprint.