Home » Books » On the National and Colonial Questions 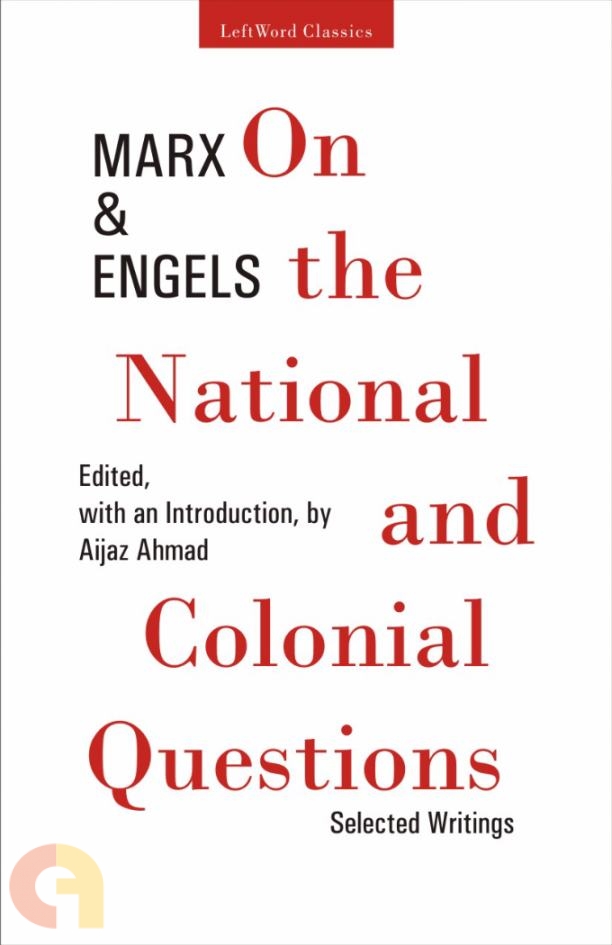 On the National and Colonial Questions

Marx and Engels were first drawn into political militancy on issue of the national unification of their native land, Germany, and the creation of a democratic republic there in stead of monarchical autocracy. They had begun studying the colonial question in diverse countries from Ireland to India and China, as well as the national question such as Poland, in their youth. Then, the decade which followed the publication of the Communist Manifesto witnessed the national-democratic revolutions of 1848 all across Europe and the country-wide uprisings in India during 1857-59. They participated actively in the European revolutions and thought deeply about British colonialism in India, writing thousands of pages on these developments across continents.

Their reflections on India and China were crucial in Marx's later and more mature work, notably Capital, where colonialism is seen as a fundamental element in the primary accumulation of capital within Europe. Similarly, the German experience made them deeply aware of the frequent counter-revolutionary role of the bourgeoisie even in the national-democratic revolutions. Usually, their analyses of European nationalisms on the one hand, and of the colonial experience in Asia on the other, are seen as totally separate bodies of writing.

This selection, put together by the eminent Marxist scholar Aijaz Ahmad, is unique in that it tries to see all of that work as part of a single political and theoretical project.

Friedrich Engels (1820–1895) was a German social scientist, author, political theorist, philosopher, and father of Marxist theory, together with Karl Marx. In 1845 he published The Condition of the Working Class in England, based on personal observations and research in Manchester. In 1848 he co-authored The Communist Manifesto with Karl Marx. Later he supported Marx financially to do research and write Das Kapital. After Marx's death, Engels edited the second and third volumes.

Karl Marx (1818-1883) was a philosopher, economist, sociologist, journalist, and revolutionary socialist. Born in Germany, he later became stateless and spent much of his life in London in the United Kingdom. He published numerous books during his lifetime, the most notable being The Communist Manifesto (1848) and Das Kapital (1867–1894).