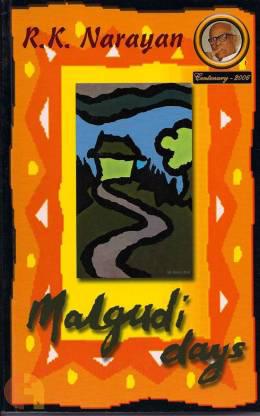 Malgudi Days is a captivating novel comprising three interesting stories based on the life in the small South Indian town of Malgudi, located on the banks of the river Sarayu.

Summary Of The Book

Malgudi Days is a novel that revolves around the happenings in a small fictional village named Malgudi, which is located on the banks of the river Sarayu in South India. This book is a collection of 32 short stories that are highly amusing. The remarkable feature of the stories present in this book is that they are all centered around the lives of mere commoners as they go about their daily routine. The stories present in this book mostly revolve around the relationships among family members as well as the social taboos in the mid-nineties.

Through the course of this book, readers are introduced to a ten-year-old lad named Swaminathan, and his two closest friends, Mani and Rajam, whose fun-filled exploits provide a great deal of entertainment to the readers. In another story in this book, Chandran, whose apprehensions about life and issues related to love provide for an interesting read. One of the stories in this book entitled The English Teacher, revolves around incidents in the life of Jagan, and his son Mali. Along with providing the readers with an interesting story, the author also highlights the problem of the generation gap between parents and children.

While some of the stories may keep the readers in splits of laughter, certain stories may actually cause the reader to cry, as they establish a connection between themselves and the reader. The stories present in Malgudi Days are highly thought-provoking, and make for a good read for individuals of all age groups. Malgudi Days was published for the first time in the year 1943 by Indian Thought Publications. Put together with a great deal of humor and grace, this classic piece of literature by R. K. Narayan is widely appreciated by its readers to this day. This novel, Malgudi Days, was also adapted into a television series that was aired in the year 1986, by Shankar Nag.