Home » Books » Letters from a Father to his Daughter 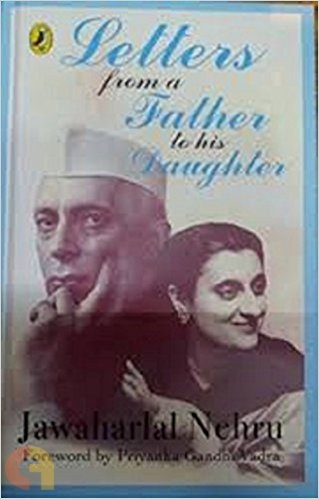 Letters from a Father to his Daughter

They say, 'the more you write personal, the more it becomes universal'. This is evident in this collection of letters that Jawaharlal Nehru sent to his daughter Indira when she was 10 years old. This book, 'Letters from a Father to His Daughter' is a collection of 30 letters sent in the year 1928 which has become a phenomenal piece of literature over the years because it puts a lot of light on the bond between a father and his daughter and the many things that Pandit Nehru tried to explain to her while being away on business. Originally written in English, these letters are still relevant over a span of ninety years and that is exactly where their beauty lies.

The collection of these letters spans over a large range and has many topics covered in it. Nehru began writing to his 10-year-old daughter when she was in Mussourie and he was in Allahabad. In order to tell his daughter about all the wonderful things in the world and his many thoughts on people and the society, he wrote her diverse letters that initially spoke of how the earth was formed, how animal and human life came into existence and how societies entered the fray. Nehru further also writes about races, faith and beliefs that existed in those times. The letters cover a major portion of human history and the history of India as well.

This is one of the finest books published by Penguin India. The best thing about this book is that since it has stood the test of time and seems relevant ninety years later, it sure is something that can be handed down from one generation to another. For these reasons, Penguin has compiled the book in a rather solid manner with a hardcover.

Jawaharlal Nehru was the first Prime Minister of Independent India. Born on November 14, 1889, he was one of the most prominent political figures when India was at the peak of its struggle for freedom. Nehru was an alumnus of the Trinity College, Cambridge. He died on May 27, 1964.