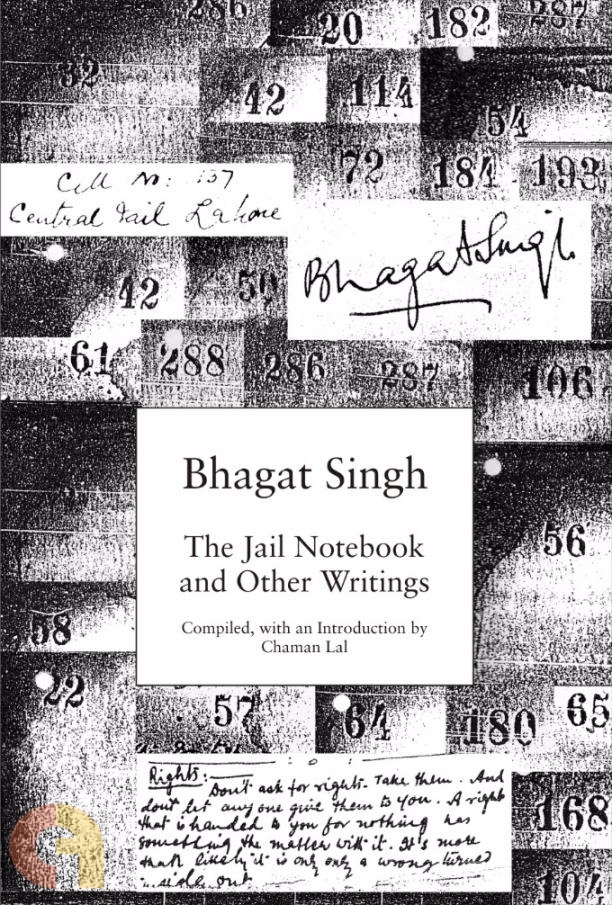 Jail Notebook and Other Writings

Bhagat Singh spent the last two years of his life in jail, awaiting execution. During this time, he and his comrades fought one of the most celebrated court battles in the annals of national liberation struggles, and used the court as a vehicle for the propagation of their revolutionary message. They also struggled against the inhuman conditions in the colonial jail, and faced torture and pain. Their heroism made them icons and figures of inspiration for generations to come. All this is well known.

What is not so well known is that Bhagat Singh wrote four books in jail. Although they were smuggled out, they were destroyed and are lost forever. What survived was a Notebook that the young martyr kept in jail, full of notes and jottings from what he was reading.

In the year of his birth centenary, LeftWord is proud to present his Notebook in an elegant edition. This edition has been checked against the copy preserved in the National Archives of India. The Notebook is richly annotated by Bhupender Hooja; and the annotations have been revised and updated for this edition. Also included are the most important texts that Bhagat Singh wrote in jail, Chaman Lal's lucid introduction, the New York Daily Worker's reports and Periyar's editorial on the hanging.

Bhagat Singh (1907–1931) is perhaps India's best-known and beloved revolutionary. Born into a Sikh family which had earlier been involved in revolutionary activities against the British Raj, as a teenager Bhagat Singh studied European revolutionary movements and was attracted to anarchist and Marxist ideologies. He was involved in several revolutionary organisations and became prominent in the Hindustan Socialist Republican Association (HSRA) in 1928. Seeking revenge for the death of Lala Lajpat Rai, he was involved in the murder of British police officer John Saunders. Soon after, together with Batukeshwar Dutt, he threw two non-lethal bombs and leaflets inside the Central Legislative Assembly. The two men were arrested, as they had planned to be. Held on this charge, he gained widespread national support when he underwent a 116-day fast in jail, demanding rights for Indian political prisoners at par with European prisoners. He was convicted for Saunders' murder and hanged along with two of his comrades. He was 23 at the time of his death. Bhagat Singh's life and sacrifice has passed into legend and folklore, with countless songs, dramas, comic books, and movies being made on him.