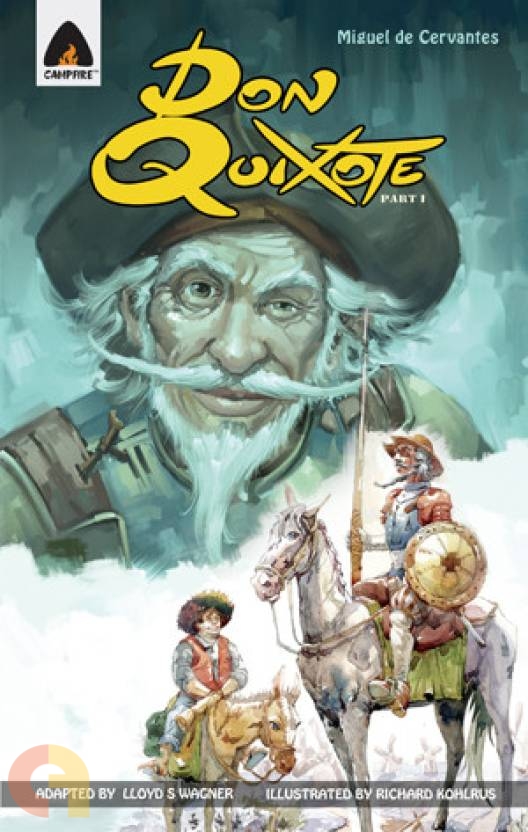 Don Quixote – the name is universally known for the idealistic, possibly insane, wannabe knight as much as a masterpiece of literature.

The author, Miguel de Cervantes, once said of Don Quixote that he was created so ‘that children may handle him, youths may read him, men may understand him and old men may celebrate him.’

Indeed, the misadventures of Quixote and his faithful squire, Sancho Panza, are comic and entertaining to readers of all ages. At the same time, they speak deeply of man’s place in the world and his aspirations. This Campfire graphic novel adaptation is the ideal introduction to a story that readers will return to again and again throughout their lifetime – to read it, revel in it, and love it.