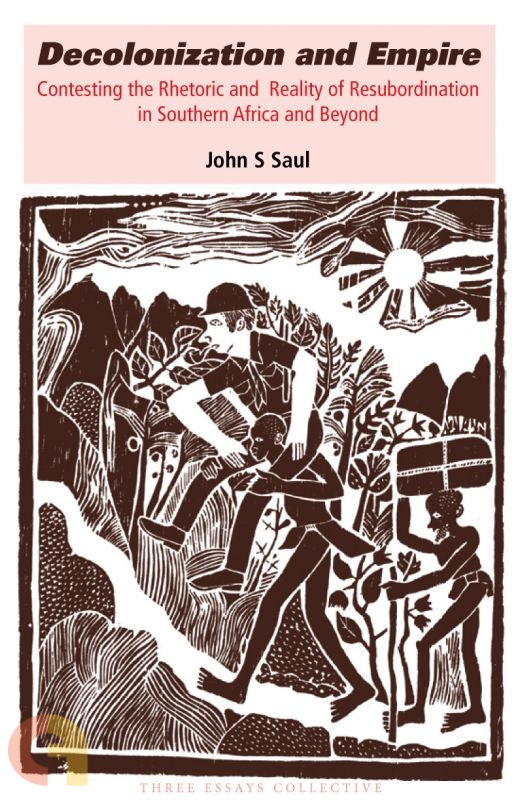 In this book John Saul examines the grim reality of post-liberation southern Africa and also the forms of resistance that the re-subordination of the continent now calls for. In the process he exposes and contests the rhetoric that serves as apologia for the “Empire of Capital,” and shows the linkages between inequalities and injustices reinforced by the ‘free’ market on the one hand and, on the other, by the assertive religiosity and ethnic messianism that the “Empire” helps to emerge and then uses as “justification” for renewed imperialist intervention. His book makes a significant contribution to the discussion on Imperialism and resistance to it in the present day.

FROM THE INTRODUCTION
The basic premise of this book is a straightforward one… The world is a horribly unequal and exploitative place. Capitalism, serving as the chief engine of empire, has been…the key force in making it so.

At the turn of the century…capitalism’s principal beneficiaries sought to transfigure this system, under the title of globalization, into a commonsensical fact of life and, in its name, to reinforce an unassailable form of quasi-colonialism upon a global South much of which has only just, within the preceding forty years, cast off the shackles of the most overt and direct kind of colonialism.

Introduction: The Empire of Capital

A. Colonization-Recolonization: the Southern Africa Case

Chapter 1: Decolonizing the Residues of Empire
Chapter 2: Recolonization and the New Empire of Capital

B. Revalidating vs. Resisting Empire: the Global Struggle

Chapter 3: Revalidating Empire: Rhetoric of Ferguson and Ignatieff
Chapter 4: Regrounding Resistance to the Empire of Capital

1. Eduardo Mondlane and the rise and fall of Mozambican socialism
2. Rememembering Samora Machel