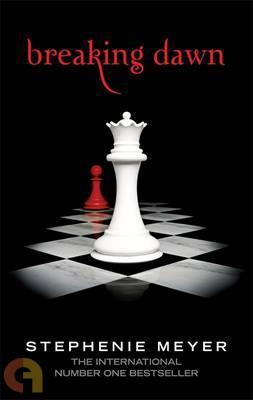 This book consists of three parts. It is the last book in the Twilight Saga and brings the loose ends in the story together, bringing the tale of Bella, Jacob, and Edward to an end.

In the first part, Bella marries Edward and they spend their honeymoon on an island belonging to Carlisle, called Isle Esme. Soon, Bella is pregnant and realizes that she is carrying a child which is half-human and half-vampire. Bella and Edward decide to return to their home in Washington. Edward is concerned about the rapid growth of the foetus and believes that it will be fatal to Bella, and he wants the foetus to be aborted. Nevertheless, Bella wants to have the child.

In the next part of the book, Jacob Black's Quileute wolf pack who are anti-vampire, want to destroy the unborn vampire child as well as Bella. Jacob does not agree, and in protest leaves the pack and forms his own. The birth of the over-grown vampire child leaves Bella half dead due to the loss of blood, and Edward injects his own poisoned blood into her to save her life. This transforms her into a vampire and Bella's new life begins as a vampire.

The later parts of the story revolve around the newborn vampire child, Renesmee, who is growing at a rapid rate. Some members of the vampire clan think that the child is not a vampire but an immortal and want it killed. They plan to kill the parents of the child as well with the help of the Volturi, the governing coven of vampires. The story is about what the Cullen family does under this situation and the confusion among the vampire community.

The book received the British Book Award for ‘Children’s Book of the Year’ in 2009. Translated into 38 languages, the book has also been adapted into a two-part movie. The book's first print sold 3.7 million copies. Over 6 million copies were sold in 2008, and it was the 3rd best selling novel of that year. The book was also chosen as the ‘Teen Choice Book of the Year’ and won the ‘Author of the Year’ award for Meyer.