Home » Books » Black Holes And Baby Universes And Other Essays 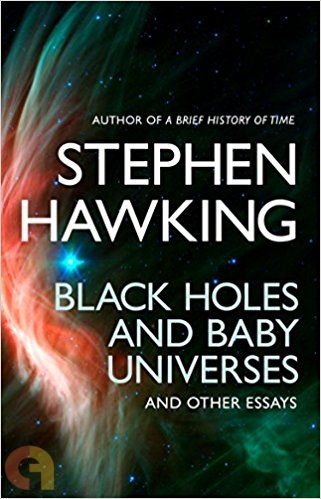 Black Holes And Baby Universes And Other Essays

The universe, the cosmos and the gigantic nothing of the space are something that human beings are yet to acknowledge and appreciate in all its glory. And, the famous scientist and cosmologist Stephen Hawking has always tried to make the novice readers understand the nuances of the vast space and its intricate framework.

In this collection of essays, ‘Black Holes and Baby Universes’, Stephen Hawking treads upon a path that transverses from warmly personal to the entirely scientific. On one hand, Hawking is revealed as the man of science and a world citizen while, on the other, he is showcased as an imaginative yet rigorous thinker.

In this book, Hawking leads the readers onto the depths of space, teaching them the beginning of time and space. His discussions start from how stars die and collapse under their own weight along with their subsequent transformation into black holes. He also talks about how, like the stars, the universe, too, had a beginning.

Written with the aim to make the readers understand the intricacies of the Universe, this collection of essays teach any layman readers about how to appreciate the wonders of the universe and the various astronomical developments therein.

An English cosmologist, theoretical physicist, author as well as the Director of Research at the Centre for Theoretical Cosmology under the University of Cambridge, Stephen Hawking is a scholar with more than a dozen of honorary degrees. In was in 1963 that Stephen Hawking contracted a rare motor neuron disorder which gave him just two years to live, yet he went to Cambridge to become what he is today.