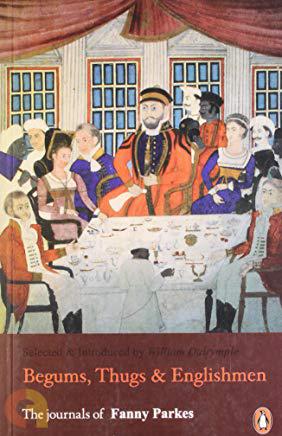 The journals maintained by Fanny Parkes were fascinating, vividly depicting her life in India - her journey from being initially regarded as a typical indo maniac foreigner to gradually being known for her passion, her distinguished approach to India, her disregard for the British rule, and her love for the sitar and the Urdu language.

Her curiosity and enthusiasm led her to witness much of the Indian court life that was inaccessible to European men. Her journal entries were penned with sympathy, intrigue and imagination, and she gives us a clear-cut picture of early colonial India before the mutiny.

Fanny was fascinated by almost everything in India, from the trials of the thugs to the adorning of a Hindu bride. The longer she lived there, the more Indianised she got. As a matter of fact, she gradually grew to prefer the colourful and traditional Indian outfits to the stiff and formal English ones.

Gradually, with time, Parkes changes her train of thought. Her previous, biased perception of good taste being an attribute exclusive to the Europeans was challenged when she observed first-hand, the treatment meted out by the Britishers to the Indians. Because Parkes sympathised with India, she wrote in much more detail and depth about it.