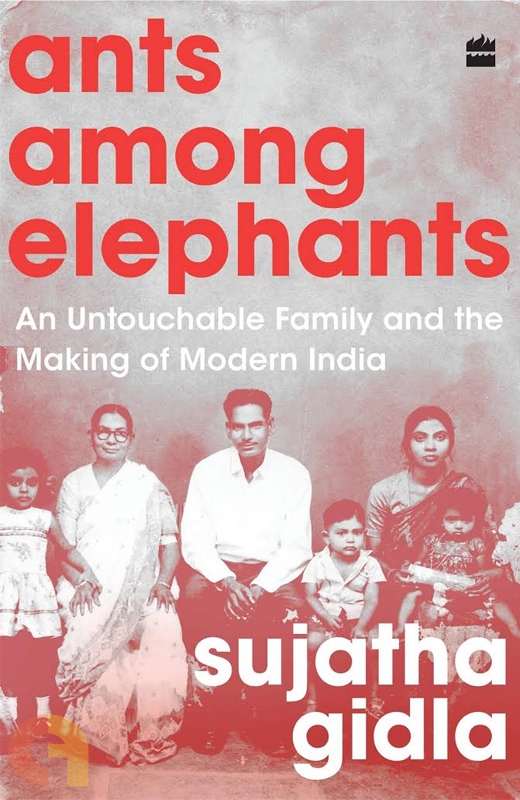 An Untouchable Family and the Making of Modern India

Sujatha Gidla was born an untouchable. Her family, belonging to the Mala caste, was educated in Warangal and Madras by Canadian missionaries in the 1930s, making it possible for Gidla to attend elite schools and move to America at the age of twenty-six. It was only then that she saw how extraordinary - and yet how typical - her family history truly was. Determined to uncover that history, and understand the social and political forces that made it possible, she traveled back to India to record the testimonies of her mother, her uncles, and their friends.

In Ants Among Elephants, she tells their story. Gidla's mother, Manjula, and uncles Satyam and Carey were born in the last days of British rule. They grew up in a world marked by poverty and injustice, but also full of possibility. In the slums of Elwin Peta in Kakinada, where they lived, everyone had a political bent; and rallies, agitations, and arrests were commonplace. The Independence movement offered promises of freedom from foreign rule, from want, and from social oppression. Yet, for untouchables and other poor and working people, little changed. Satyam, the eldest, switched allegiance to the Communist Party. Gidla recounts his incredible transformation from student and labor organizer to famous poet and co-founder of the People's War Group, the most notorious and successful Naxalite party.

Gidla also charts her mother's battles with caste and women's oppression. Page by page, she takes us into a complicated, close-knit family as they desperately strive for a decent life and a more just society. A moving portrait of love, hardship, and struggle, Ants Among Elephants is also that rare thing: a personal history of modern India told from the bottom up.

Sujatha Gidla was born an untouchable in Andhra Pradesh, India. She studied physics at the Regional Engineering College, Warangal, and was later a researcher in applied physics at the Indian Institute of Technology, Madras. Her writing has appeared in The Oxford India Anthology of Telugu Dalit Writing. She lives in New York and works as a conductor on the subway.