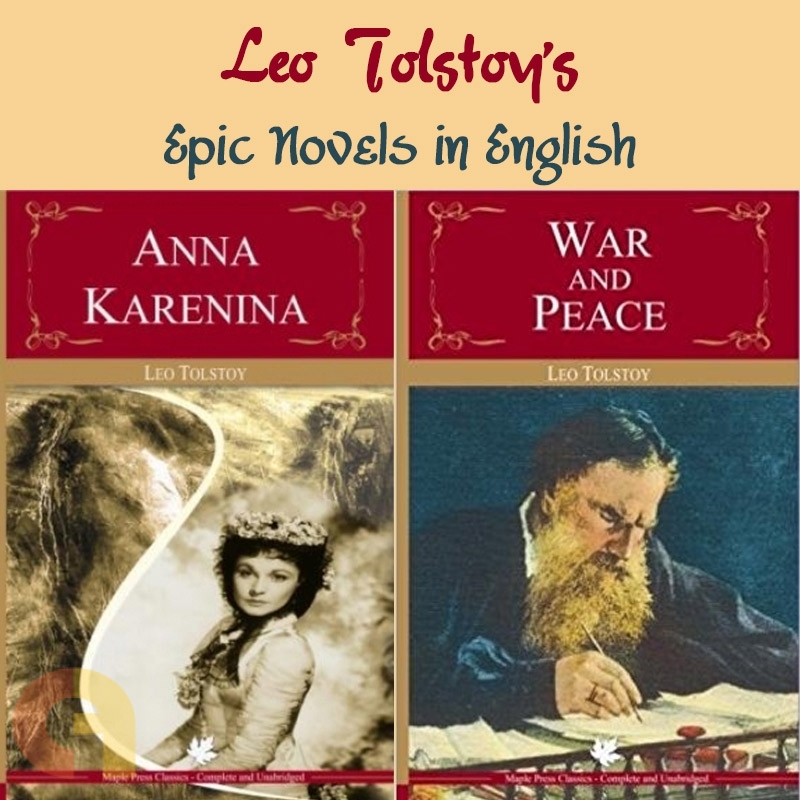 
Your order will be processed only after the LOCKDOWN when the publishers and courier partners resume their services.

Books in the Pack

One of the great masters of the 19th-century novel, LEO TOLSTOY created a sweeping epic in War and Peace enfolding together huge events in history and politics with the emotional lives of individuals in the backdrop of Napoleonic invasions across Europe and Russia.

The vast and sprawling War and Peace tells the story of survival during Napoleon’s invasion of Russia. Among its many unforgettable characters are Prince Andrey Bolkonsky, Pierre Bezukhov, and the novel’s most memorable heroine, Natasha.

Both an intimate study of individual passions and an epic history of Russia and its people, war and Peace is a complete portrait of human existence. Out of this complex narrative emerges a profound examination of the individual’s place in the historical process, one that makes it clear why Thomas Mann praised Tolstoy for his Homeric powers and placed War and Peace in the same category as the Iliad: “To read him …. is to find one’s way home……to everything within us that is fundamental and sane.”

This classic tale of love and passion is considered as a 'true story' and indeed a masterpiece of the great Russian novelist .

Set in the glamorous world of aristocracy of the later 19th century Russia, the novel traces the course of love and downfall of the married woman Anna. In a broader sense, it is a thesis on the human relationships.

Happy families are alike; but an unhappy family is unhappy in its own fasion-these opening lines of the novel form the quintessence of its theme.

Anna, the wife of a respectable high class Karenin,finds herself in the mire of love when she encounters the dashing Count Vronsky.

She gives in to her destructive emotions as she pursues her 'real love' in Vronsky, betrays her husband, but is finally overcome by doubt and fear of loss of Vronsky's real love for her and kills herself. Parallel to hers is the story of Levin the farmer, who is a semi-autobiographical portrayal of Tolstoy himself.

Along the way, the novel touches upon themes of hypocrisy, adultery, infidelity and jealousy that can prove disastrous in a marriage.