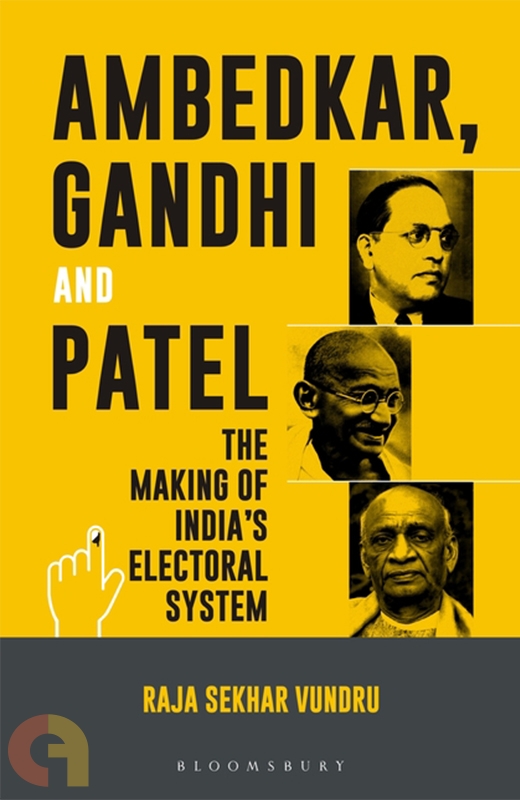 Ambedkar, Gandhi and Patel: The Making of India's Electoral System

In 1931 Mahatma Gandhi and Dr. B R Ambedkar met in London and clashed on the future of India’s electoral system. Later in 1932 when the British announced reserved seats for dalits, Gandhi went on a fast unto death. Ambedkar saved his life by agreeing to the changed terms of representation, which changed the course of electoral system of India.

Based on a singular pursuit of tracing the electoral system and methods that define India-the world’s largest democracy, this book is the first to document the evolution and account of electoral history of colonial and independent India. Do we know how Sardar Patel and Gandhi used electoral system to integrate India? Since the first provincial elections in 1937, do we know that double member constituencies existed till 1961, only to be abolished by Jawaharlal Nehru? Do we know that Ambedkar lost his first election in independent India because voters threw away their ballots? If we need women reserved seats, we need to know that we might have to try to double member constituencies. This book tells all.

The story of electoral thoughts and ideas of Ambedkar, Gandhi and Patel and Ambedkar’s struggle to get a representative electoral system appear for the first time in a book. In India only election results are predicted, analysed and compiled. The electoral method that determines India’s every election comes into focus in this book. Can any political party get away without offering tickets to one minority community or Dalits? The history is the answer to the future - through this book.

Raja Sekhar Vundru is an Indian Administrative Service officer of the 1990 batch. Born in Hyderabad, he was educated at the University of Hyderabad and Jawaharlal Nehru University, New Delhi and has since consistently kept up his academic pursuits while taking care of his administrative commitments. He has a doctorate on Ambedkar from the National Law School of India University, Bangalore and has written extensively on Ambedkar, caste and Dalit history and literature in major newspapers and national news magazines — including editing Dalit Millennium for the Pioneer in 2001. He regularly appears on television discussing social justice and equality and has delivered several Ambedkar Memorial lectures and keynote addresses at various Indian universities and acclaimed institutes. He is a recipient of the Dr. B.R. Ambedkar Ratan Award 2016, from the Delhi Government. Currently, he lives in Chandigarh with his teenaged children and his civil servant wife.