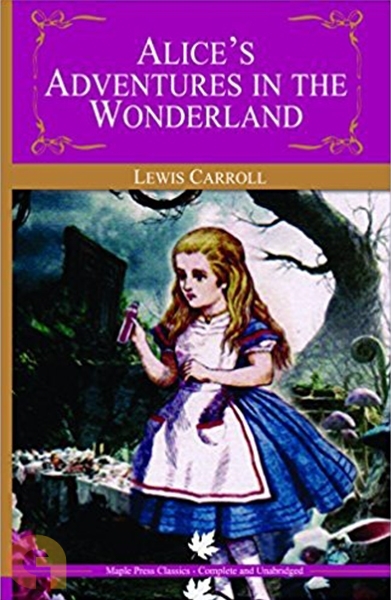 This novel, written by the English author Charles Lutwidge Dodgson, in the pseudonym Lewis Carroll, is one of the most popular novels among the young and the old alike, across the world.

This is one of the fantasy novels of the author, the other being Through the Looking Glass.

Being a conventional Victorian novel, it has stood the test of time as an enduring classic tale, with all its elements of visual images, fantasy and creative imagination infused within the main story.

The story is about a little girl Alice who follows a White Rabbit down a rabbit hole. The characters she encounters thereafter and her ensuing adventures form the rest of the tale.

Alice finds herself becoming too small, then suddenly too big; she meets Bill the lizard, the hookah smoking caterpillar, the Cheshire Cat, March Hare, the Mock Turtle and so many unforgettable animals that talk to her like humans, and comes across events like the Mad Tea Party and the trial on the case of stolen tarts.

Suddenly the entire picture changes, with Alice finding herself lying on the lap of her sister, only to wake up and realise that she had all along been in a dreamland.