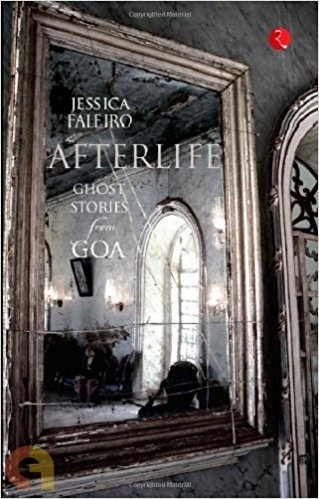 Afterlife: Ghost Stories From Goa is a story that revolves around a family get-together in Goa. The Fonseca family gathers in the Carvalho mansion for the birthday of Savio Fonseca. for his 75th birthday, Savio Fonseca's two daughters Joanna and Carol, who are settled abroad, come down to celebrate his birthday with Savio's son-in-law Sam. On this occasion, Eduardo, who is Savio's cousin drops in with his wife.

On the night before Savio's birthday, when the family is spending time together, the electricity fails, because of which the entire place is in darkness. In this dark setting, the occasion seems right for sharing ghost stories. Soon the entire family starts to swap ghost stories, which revolve around the history of the Fonseca family. These stories range from mysterious sightings to lonely buildings and magic spells.

The stories are split up into two sections and every character has a story to narrate. These stories have their roots in the Fonseca family and give readers a look into the happenings of the family members in the past. The hopes, dreams, personalities and traits of all the members of this family are revealed through the course of this book. Even the family name is a topic of speculation, with Savio's wife Lillian being keener on safeguarding its honor than Savio himself. This interest raises a number of doubts. The secret that Savio and his wife have been guarding from their daughters is soon to be unravelled.

A book with eight horror stories, each of which have unique traits, Afterlife: Ghost Stories From Goa was published by Rupa and Co. in 2012 and is available in paperback.

The book is the debut novel of the author.