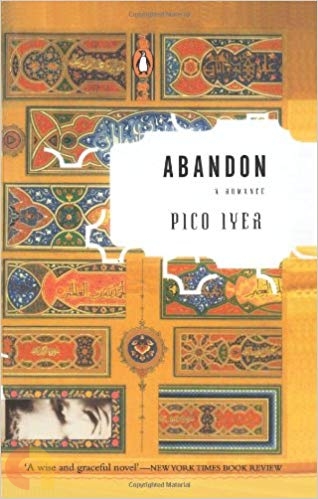 John macmillan is an englishman in california studying sufism, and in particular rumi, the thirteenth-century islamic mystic and at present best-selling poet in america.

Travelling to damascus, he hears rumours of a secret, heretical manuscript that might have escaped from iran during the chaos of its revolution, and, taking a message back to california, ends up encountering camilla jensen, an open if somewhat wayward californian, who seems in some way connected to the world of fugitive texts.

Following the trail of mystical poems through spain and india to iran, and trying to unravel the mystery that lies behind camilla, john finds himself descending ever deeper into a world of passion and bewilderment.

Eerie and incandescent, abandon displays theauthor's unique gift for showing the dance of dreams and desires and preconceptions that ensues when cultures collide.