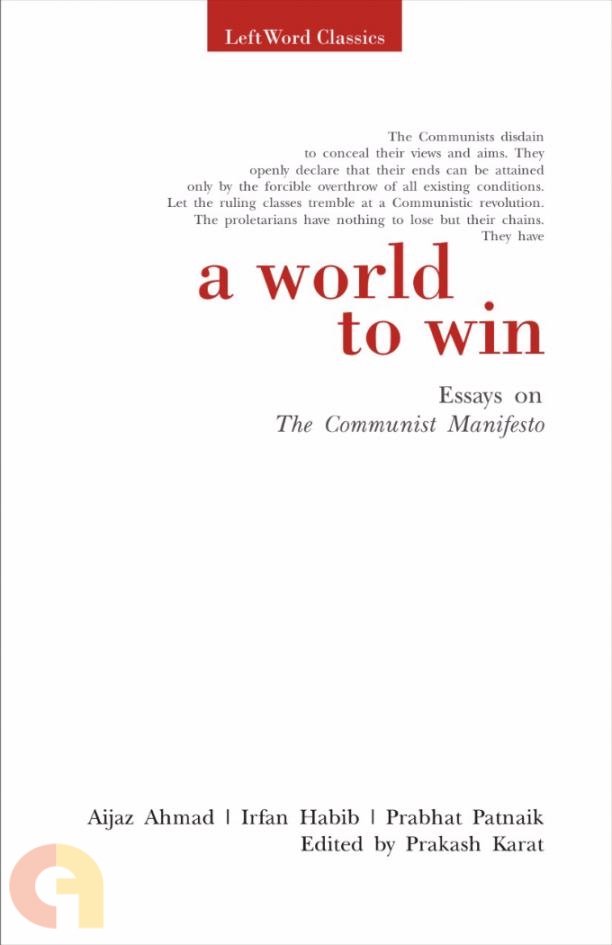 A World to Win

Essays on The Communist Manifesto

The Communist Manifesto is among the most widely read and disseminated texts in the world.

It has been more influential in the making of the modern world than any other piece of political writing. Rarely has call to arms been phrased in a language of such zest, beauty and purity. One hundred and fifty years after it was written, the Manifesto shows us an image of our own, present-day globalized capitalism with stunning clarity and accuracy.

Edited, with an introduction by Prakash Karat, the present volume contains essays by three of India's foremost Marxist scholars, Aijaz Ahmad, Irfan Habib and Prabhat Patnaik, who explain the relevance of the Manifesto in terms of Marxist theory and praxis.

Prabhat Patnaik retired as Professor of Economics at Jawaharlal Nehru University, New Delhi. He is the author of Time, Inflation and Growth (1988), Economics and Egalitarianism (1991), Whatever Happened to Imperialism and other essays (1995), Accumulation and Stability under Capitalism (1997), The Retreat to Unfreedom (2003), The Value of Money (2008) and Re-Envisioning Socialism (2011). He is the Editor of the journal Social Scientist.