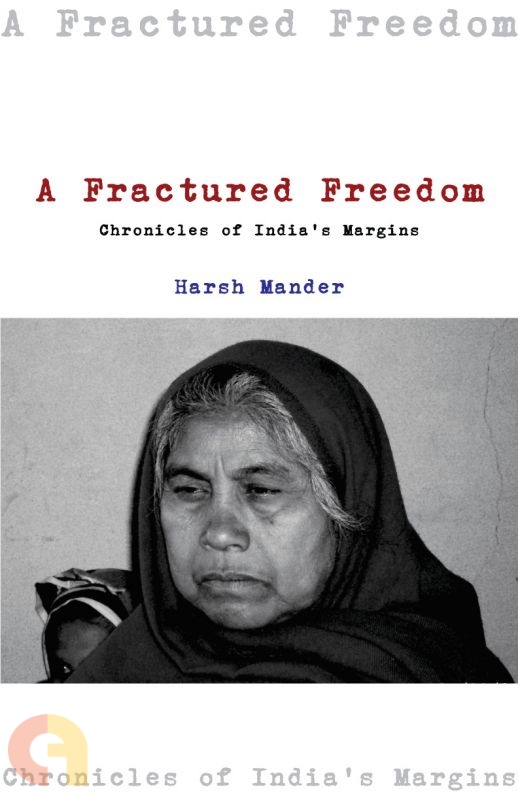 Freedom remains bitterly contested in Independent India. Democracy works only for some, who thrive in its liberties, security and choice. Others are condemned to life-sentences variously of hunger, homelessness, stigma, fear, penury and neglect.

In this collection of essays, written between 2004 and 2011, we encounter many of these exiles from India’s secular democracy – children living on the streets, households battling hunger, communities battling the politics of hate; we encounter injustice and suffering, but also resistance and hope. These essays straddle many subjects – people and policies, books and films. Within these pages, we witness a giant nation – at once old and new, dark and shining, cruel and compassionate, unfree and free.

The author weaves an alternative tapestry of diverse images and voices, portraying India in the early years of the twenty-first century.

Cover: Photograph of Bibi Khatoon, resident of Signal Falia, Godhra, whose three sons spent nine years in jail without bail, charged with the burning of the train in Godhra on February 27, 2002, and were finally acquitted. Photo by Johanna Lokhande

Harsh Mander is a human rights and peace worker. He is the author of Looking Away: Inequality, Prejudice and Indifference in New India; Unheard Voices: Stories of Forgotten Lives; Ash in the Belly: India’s Unfinished Battle against Hunger; Fatal Accidents of Birth: Stories of Suffering, Oppression and Resistance and several other books on contemporary India.